Sorry for not posting the beginning of this week. But you know how life is, right? I’m currently working for a small tv-show my university produces and I honestly underestimated the amount of work you have to put in! However, since my last salary finally arrived I decided to splurge and buy a new phone! END_OF_DOCUMENT_TOKEN_TO_BE_REPLACED

Autumn is the perfect excuse to stay inside the house and spend a comfy evening on the couch. I’m a huge lover of TV shows. Especially shows like the Walking Dead (have you guys already seen the spin-off?) or Once Upon a Time are perfect for such evenings. But the cold weather is not only perfect for a Netflix marathon with your best friend, it’s also great for spending some me time with a good tea and an even better book. END_OF_DOCUMENT_TOKEN_TO_BE_REPLACED

Goodbye October and welcome November! Winter is right around the corner which means shorter days, cute winter coats and comfy evenings in front of the fireplace. Being a victim of the famous autumn blues I found my way to lighten up my mood even when it’s cold and dark outside. END_OF_DOCUMENT_TOKEN_TO_BE_REPLACED

It’s already the end of October! And guess what – Halloween is right around the corner (is anyone else as excited as I am?) and that means playing dress up, watching scary movies with your best friends and going to a Halloween party. But before I keep on raving about one of my favorite times of the year let’s take a look at this months favorites: END_OF_DOCUMENT_TOKEN_TO_BE_REPLACED

Today is the day. Today starts my third semester as a university student. I can’t believe I’m almost half-way through my bachelors degree! If I think about my first year of university I have to say that it was a time full of excitement, hundreds of hours of studying and way too many university parties. So since I’m feeling a little bit melancholic at the moment, I decided to dedicate this post to five lessons I’ve learned during my Freshman year at university.

END_OF_DOCUMENT_TOKEN_TO_BE_REPLACED

It’s finally October (well, we’re already in Mid-October)! And although I’ve never liked the chilly season before I can’t wait for all the perks fall has to offer: Colorful leaves laying on the ground, watching Netflix while burning my favorite Yankee Candle and of course Halloween! Please tell me I’m not the only one desperately trying to find a costume this year haha! However, university starts next Monday and that meant running some errands, buying new clothes for winter and planning my next semester.

END_OF_DOCUMENT_TOKEN_TO_BE_REPLACED

Last Saturday I got to travel to Mannheim for a Bachelorette Party. Since we had planned to party the night away I decided to take my cute glittering clutch with me. As much as I love going out with my friends I always ask myself: What should I bring with me? So here are five things (besides my phone and my keys) that I always take with me when it’s a girls night out. END_OF_DOCUMENT_TOKEN_TO_BE_REPLACED

We all know these lazy days where we feel like staying in bed all day long and watching Netflix (or Youtube) in our PJ’s. Even though I didn’t feel like going out yesterday, one of my best friends who I hadn’t seen in a long time convinced me to go out and drink a coffee with her.

END_OF_DOCUMENT_TOKEN_TO_BE_REPLACED

Some refer to her as the queen of Pop music. Others might know her by her stage name Sasha Fierce. Yes guys, I’m talking about Queen B! Beyoncé Knowles-Carter is definitely one of a kind. She’s not only a singer and songwriter but also an actress, fashion icon and business woman.
Her journey as a singer started in the year 1997, when she debuted with the Contemporary-R&B-Group Destiny’s Child which gained worldwide popularity with songs like Say My Name or Survivor. Even though the band split up ten years ago, Beyoncé still amazes people from all over the world – including me. So I decided to dedicate this monthly TOP TEN Post to one of the most influential women in music industry – Queen B.

I’m back! And I’m so sorry for lacking in uploading posts for you guys. As some of you might know I was working as a trade fair hostess in Frankfurt last month. Working for 17 days straight without having one day off, getting up at 4 a.m. and spending 14 hours a day standing next to a car were more exhausting than expected. But I survived it! However, since I was not able to enjoy the last warm days of fall, I decided to meet up with my best friend to celebrate Germany’s reunification. END_OF_DOCUMENT_TOKEN_TO_BE_REPLACED 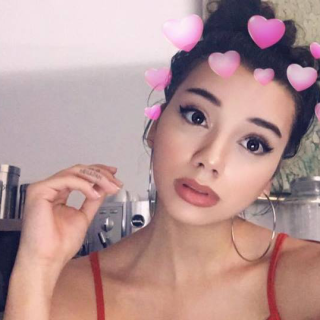 A German-Filipino 22-years old doglover, wanna-be-grown up, superhero and Snapchat enthusiast currently lost in the crazy streets of Seoul~ Catch me if you can!

xoxolaurabelle
Create a free website or blog at WordPress.com.